Few Memphians have seen their city’s skyline from its best angle: looking across the tip of Mud Island while standing in Arkansas. You can marvel at the entire skyline of downtown, from the Pyramid to The Artesian, a condominium high rise near the Harahan Bridge. This vantage point was almost impossible to reach before the Big River Crossing opened in 2016. Since then, the country’s longest bike-pedestrian rail bridge has welcomed over a million visitors.

The Arkansas trailhead at the Harahan Bridge provides the entry point for the now expanding Big River Park. A large, undeveloped area this close to a big city is rare and only exists because the 1,500 acre plain is regularly flooded. The only adaptive use, until now, was soybean farming, since the land is often under several feet of water when the Mississippi River rises in the spring.

Hikers and bikers can enjoy the approximately five-mile paved loop from the Big River Crossing at the Arkansas bridgehead as it circles north to go under the I-40 Hernando DeSoto Bridge and back along the Mississippi River bank. Several viewpoint stops offer stunning views of downtown Memphis, all without worrying about traffic hazards.

“Big River Crossing created this opportunity to have a completely unique recreational and natural area within walking distance of Downtown,” says Dow McVean on behalf of the Big River Strategic Initiative. McVean is spearheading efforts to raise funds to complete the purchase of land between the two major bridges that connect Memphis and West Memphis.

The non-profit corporation he helped form has purchased about 500 acres and has optioned almost 1,000 additional acres that he plans to purchase to expand the park and its trails.

“Half of the $5 million dollars we need has been raised,” says McVean, “and we hope to finish by the end of the summer.” McVean says that he hopes to soon release the final planning proposals for the expansion of the Big River Park.

“The park will have both environmental and recreational goals. The soybean fields which now contribute to chemical runoff will be replaced with native grasses and trees that will be a wildlife habitat and a natural sponge for periods of flood. We will also expand the existing trails and connect to a long gravel trail along the top of the nearby levee.”

Local outdoor gear retailer, Outdoors, Inc., recently sponsored a first for the park, a gravel bicycle road race that was on both paved and gravel trails. Park advocates expect 5K runs, birdwatchers, rollerbladers, cyclists, and hikers to utilize the park more as it expands.

The wetlands restoration project will aid in floodwater storage and create a rare wildlife habitat island, sandwich between two large cities, creating a unique feature for locals and tourists.

Bike rental stations are located at the Harahan bridge on the Memphis and West Memphis entry points. The Memphis Segway tourist attraction regularly leads groups of tourists over the bridge and down to the start of the Big River Park trail. Auto parking is available on both sides of the Harahan bridge. 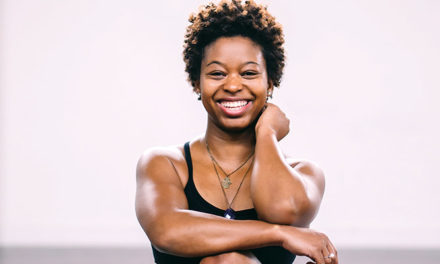