What They Grow (Hydroponically):

Where to Buy: Memphis Farmers Market

Chuck Fenster’s love of plants came from spending time with his grandmother, who had a passion for gardening. He would listen to her tell stories while they worked in the yard, and before he knew it, they had weeded a 100-foot row.

“I fell in love with it on accident. I watched her grow stuff well into her 90s. I thought I wanted to be able to do that,” he says.

While working full time at FedEx, Chuck discovered aquaponic growing at Epcot when he was on a business trip to Orlando. He saw that the fish were feeding on the plants that were growing in the water. After a lot of research, Chuck decided that this was the right direction for him. He started aquaponic growing with tilapia in 2010.

“Our business started growing so fast that the tilapia couldn’t keep up. So, we switched from aquaponic growing to hydroponic growing,”

Hydroponics is a method of growing plants in a water-based, nutrient-rich solution. Hydroponics does not use soil because the roots grow in the mineral solution, or in another medium, such as perlite or gravel.

“At Fenster Farm, we grow differently. You have never tasted better lettuce than the living lettuce that comes from our greenhouse.”

Advantages of hydroponic growing include reduced labor, water savings, year-round protection, and a consistent harvest. Hydroponic systems require no tilling, weeding, heavy lifting, or extensive stooping and kneeling—something that was important to Chuck. Hydroponic systems also use significantly less water than soil-based farming and allow growers to recycle the water given to the plants.

“I think locally grown food is not just important, but it’s essential,” he says.

Chuck encourages customers to research what they are getting from farmers markets and go to most of the farms to see first-hand what they are buying.

E. coli, salmonella, and other issues with produce from the supermarket are not concerns. Customers do not know how many hands have touched the food; whereas only one to three hands will touch the lettuce from Fenster Farm throughout the entire process.

Fenster Farm has more than 7,000 square feet of greenhouse space dedicated to hydroponic lettuces and leafy greens—with plans for three additional greenhouses in the future.

What They Grow (Certified Naturally):

Quinoa Soedsauer was living in Brooklyn, New York, and working a number of jobs in 2017 when he realized he wanted to be more connected to where his food originates.

“I wanted to learn about growing food, and I planned on retiring to a farm,” Quinoa says.

Quinoa decided that there was no better time than the present, and he started gardening. While visiting his cousin in Virginia, he met Reynaldo Budhi, who also wanted to start growing vegetables. Reynaldo had done internships on farms and convinced Quinoa that they should start their own business.

They received a few offers to start their work in Mississippi since Reynaldo had worked on farms in the area. “Land was plentiful, and the local food scene was burgeoning,” Quinoa says. “In the fall of 2017, we made the decision to move there.”

The property where Samsara Garden was born is about 22 acres; Quinoa and Reynaldo have about half an acre to work on. They’re a small farm with intensive vegetable production.

Samsara Garden is a Certified Naturally Grown (CNG) vendor, a distinction that has all the same requirements as organic certification but is more affordable for small farms.

“USDA Organic certification takes many years to get,” says Quinoa. “It’s not really practical for small farms. It’s a way for us to tell our customers that we follow organic practices.”

CNG vendors are all peer-reviewed; Samsara Garden inspects other farms while they are also inspected themselves. Part of the certification is using organic pesticides, but Samsara Garden takes it a step further and does not use any pesticides whatsoever. “All of our measures are preventative and deterrent. We’re trying to be as ecological as possible,” says Quinoa

In addition, Samsara Garden strives to close the food system loop by providing food waste collection from restaurants and farmer’s markets. They make their own fertilizer and use compostable packaging for everything.

Looking forward, Quinoa and Reynaldo want to find ways to expand the farm and up their acreage. “This is a good year for us to put our knowledge to the test and really try to expand,” Quinoa adds.

Samsara Garden is named for their mutual interest in Buddhism. Samsara is often defined as the endless cycle of birth, death, and rebirth. “We are committed to our relationships to each other and our communities. We’re not in an isolated bubble. We’re connected to everyone and everything.”

Several years ago, James Bailey decided to produce more of his family’s food to know exactly how the animals are raised and what goes into the process. “I came upon some people who were doing pasture-based farming in a method and a manner that would work as a business. That grabbed my attention,” he says.

He officially launched Bailey Family Farm in 2019, focusing on pasture-raised chickens on about six acres. The chickens James raises are moved every day, receive GMO-free feed, and are never treated with antibiotics. This year, he is expanding to forest-raised pork that is fed and rotated in the same way.

“The labeling you see at this point is beyond dishonest,” he explains. “When you see ‘free range’ and ‘organic,’ most of those animals are raised in buildings with a door with access to the outdoors.”

Bailey Family Farm is providing consumers with a product that cannot be purchased in the supermarket. The animals on his farm have a happy, sustainable life, which is also better for the grass and ecosystem. “This leads to much cleaner meat with a higher quality taste, and it is more nutrient dense,” James adds.

When he talks to people, he stresses the pasture-raised, natural, humane side of things. “We’re trying to raise these animals in a humane way and a way you feel good about; They are in their natural environment.”

To date, James has not sought out any certifications (Certified Organic or Certified Naturally Grown (CNG)). He explains that most certifications set thresholds, and once the thresholds are met, a farm is certified. There is little oversight on ongoing operations.

James enjoys having people out to the farm as much as possible. He shows them who he is, where sources his feed from (a family farm in Middle Tennessee), and how he is raising his animals.

“I try to be as transparent as possible. Sometimes, people hide behind the certifications,” he says.

In the future, James hopes to expand with adding cattle next year as well as eggs in the next year or two. He also wants to have Thanksgiving turkeys available and transition to working full time on the farm.

Where to Buy: Memphis Farmers Market

Dustin Bronsink has always had an especially green thumb. He spent most of his childhood outside (growing things) and considered a career in botany. However, he was inspired by others who were farming locally and able to make a living at it. He started reading and planning to create a farm of his own.

He and his wife Vada opened in April 2018 doing a lot of microgreens and some vegetables. The farm itself has been growing; it started on 1/10 of an acre and is expanding to 1/2 an acre this year.

“Part of the reason we decided to do Flourish City Farms is that we’re foodies,” Vada says. “When we go out to eat, we eat at local places where people are cooking their cultural food. What’s beautiful about Memphis is that it’s a foodie city.” They’re people who believe in the “sacredness of the table and how powerful it is to eat and grow good food.”

The couple recently attended a farm-to-table conference and learned that only 10% of food in Memphis comes from local farmers. Vada says locally-grown food is more affordable since it is not being shipped. It’s also more sustainable since it is grown right here in the city.

“Our goal is to help Memphis move from being a foodie city to a food city, where we can grow, maintain, and produce our own food as a city,” Vada says.

The Bronsinks see their farm a part of supporting health and wellness in the city by providing nutrient-dense, delicious fresh food. Local chefs also purchase from Flourish City Farms, and their produce can be found at restaurants such as the Beauty Shop and Molly Fontaine’s.

“Our end goal is to get food, whether ours or someone else’s, in the homes of the average Memphian—from the wealthiest to the working class—to  create a sustainable food system in the city.” 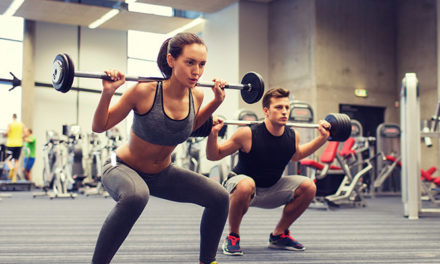 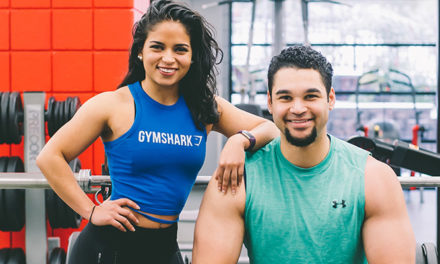